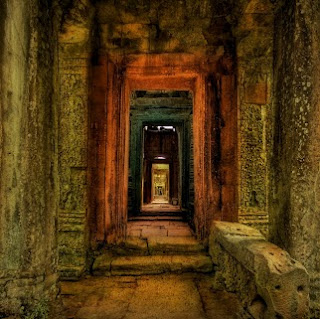 I have been very successful in the past couple of years with developing my life coaching business and now I am ready to move forward. I am interested in teaching others the values I have discovered with life coaching, personal philosophy method and upgrading my rapid reduction technique. I would like the input of my fellow colleagues, friends, associates and clients past and present on your interests. So please, if you would click the link to fill out the attached form and lets move forward together.

Please fill out my form.
Thank you Dr. Bill
Posted by Unknown at 9:39 PM No comments:

Positive Change is a Risk 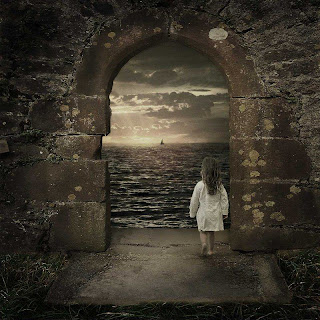 Life experiences and the formed beliefs related to them have a tendency to cause a closing of the mind over time and dilutes clarity of thought. Don't get trapped in old beliefs that block attempts at success.

Many people spend their time projecting and preparing for what might happen in the future. Others center their attention on the past and lose his or her focus as well as drive. Meanwhile what is happening in the moment is totally lost.

To make a positive change requires taking a risk do new things which were thought to be impossible. Positive change is creating through risking new thought, envisioning what is wanted, and experiencing what the success of achieving the intention would feel like. Adopt a new mindset that everything is possible.

Life is truly fleeting. What is here right now will disappear in a flash and then we will wonder where it went. So create in the moment and strive for the intended positive change. Don't wait, life is ticking away.

Remember -
"Yesterday is just a memory,
Today is the moment,
Tomorrow is an enigma"

Posted by Unknown at 5:07 PM No comments:

I have written many articles on core beliefs and the power they have over how we function every day. Core beliefs reside deep within our subconscious and carry a lot of influence on our thoughts, emotional reactions and behavior. If a person's core beliefs are negative or self defeating then we tend to keep us stuck with no movement in our lives. If our core beliefs are positive then they motivate us toward success. 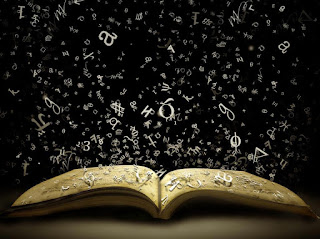 Here is 5 tips to help you get started in making a positive change. These tips will help you to heal and shift core beliefs from being a barrier to becoming a positive driving force.

Recognize. First and foremost, recognize that you carry core beliefs about yourself that have rooted in your subconscious and that they have taken a lifetime to form. Be kind and gentle with yourself as you explore your own beliefs. Recognizing a core belief doesn't mean that you have to like it or that it is true, it just is a part of you belief system. Don't underestimate the influence they have over your life. Once triggered by a current event, a core belief will surface into your conscious and drive how you react in thoughts, feelings or actions

Identify. When you have a strong reaction to something or someone, ask yourself “why?", "does this current event remind me of an event I experienced in the past?", then ask "what was the message that event caused me to form a belief about me?” Once you identify the core belief, begin a working list. Once you have accumulated a list of your core beliefs then determine if each is a barrier or a motivator in your life. Next to each core belief that is a barrier, create a new belief that you want to replace it with.

Reduce Reaction. Understand your first reaction may be to push the belief away out of your conscious awareness; or to feel guilty for believing that of yourself. Or ashamed that you are still holding on to this belief all that time. Anytime you try to force away a belief, it is like fueling a flame. The belief will grow stronger and will begin to loop in your mind. The associated feeling will intensify and begins to cause physical reactions. Sit quietly and attune to both. Acceptance of both, the belief and associated feeling, will reduce their power. Within 10 minutes, both will lose its power significantly.

Practice. Now to get the new list firmly embedded into your unconsciousness, repeat the new list of core beliefs, positive messages about you, at least 5 times a day everyday for 90 days. In 90 days, your new positive core belief list will be rooted into your subconscious and will influence a new way of thinking, emotional reaction and behavior.

Email ThisBlogThis!Share to TwitterShare to FacebookShare to Pinterest
Labels: Making a positive change 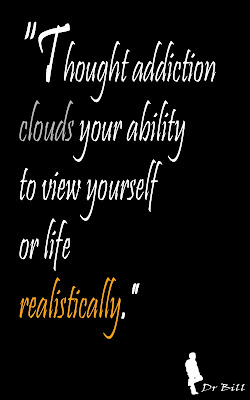 "Thought Addiction is the Precursor to all Other Addictions"

What is a thought addiction?

Yes there can be.  The definition of thought addiction is the development of a habitual thought pattern to one thought or more thoughts. Thought addiction is the constant looping of negative and self-judging thoughts that do not serve the individual thinking. TA has damaging results on the person and dilutes all other thoughts as well as it depletes all energy to every other system of the body. An addiction to a thought produces a rapid and intense change in mood and causes a painful withdrawal when there is an attempt to stop.


To learn more about thought addiction by cut and pasting these two links or my website:

4 Steps for Making a Positive Change 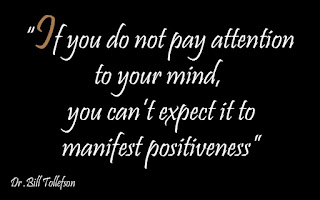 Achieving positive change in your life is yours when you believe that you deserve it, when you desire it and know it is possible. Positive change will be present for you when you are truly authentic with yourself. It is there when your internal core beliefs match with your external reactions to life experiences.


Everything that you do accomplish should be for one reason and one reason only, your benefit. You have to believe that you will feel more positive once thing begin to manifest towards you.

The truth is you are and manifest what you believe about yourself.

In order to have effective change you must feel positive that you deserve what you desire before you can achieve what you want!

4 Steps for Making a Positive Change

1. Believe in yourself first

Do this, and your life will change for the positive. Said another way, creating new core beliefs and putting them into action consistently will produce positive results and you manifest differently in your in how you act, feel, think and reactions. So make a positive change to yourself and your life.

If you simply look around with positive eyes you will see that you already have much of what you desire, yourself.

Remember, positive core beliefs are an internal vision of future success or barriers. Tune in to your core beliefs then you will spiral upward receiving more that positiveness in your life. 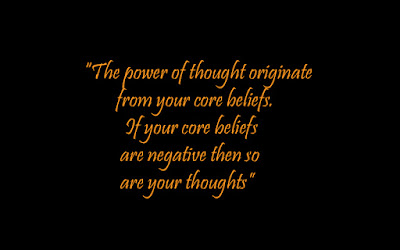